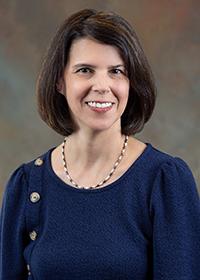 April Ferrino is the director of Fiscal Program Coordination and Special Projects in the Chief Financial Officer division of the Texas Health and Human Services Commission. She is responsible for the development and oversight of Medicaid supplemental and directed payment programs.

Ferrino has more than 20 years of Texas government experience. Before joining HHSC, she was an analyst at the Legislative Budget Board, managing multiple research projects that resulted in the implementation of budget and policy recommendations. She has also worked for the HHS Office of Inspector General.

Additionally, Ferrino studied social welfare systems in Europe and Croatia and was one of three Americans chosen in 2013 for the prestigious Ian Axford Fellowships in Public Policy in New Zealand. While in New Zealand, she conducted a nine-month independent research project that identified recommendations to the Ministry of Health for its long-term care regulatory system so that the quality of care in rest homes could be improved.

She earned a bachelor’s degree in radio, television and film with a minor in advertising and a master’s in social work, both from The University of Texas at Austin. She is a licensed master social worker and certified mediator.