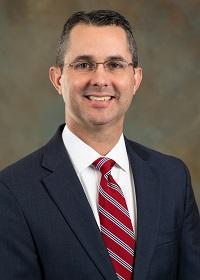 Stephen Pahl is the deputy executive commissioner for the Regulatory Services Division. He is responsible for the system’s oversight of a host of programs, including child care regulation, long-term care regulation and health care regulation.

Pahl previously served as associate commissioner for the Consumer Protection Division at the Texas Department of State Health Services. In his role, he was responsible for overseeing the licensing of EMS providers, radiation machine technicians and people who handle hazardous environmental substances. He additionally oversaw the regulating of producers of consumer health goods and services, including food and drug manufacturers. He previously served as the assistant deputy inspector general for the Inspections and Investigations Division at the HHSC Office of the Inspector General.

Pahl began his career in state government at the Texas Department of Agriculture, where he spent 18 years developing and implementing the agency’s diverse consumer protection programs. While at TDA, he served in several senior management capacities, including director of Regional Operations and administrator for Consumer Protection.

Pahl earned a Bachelor of Science in animal science from Texas A&M University.