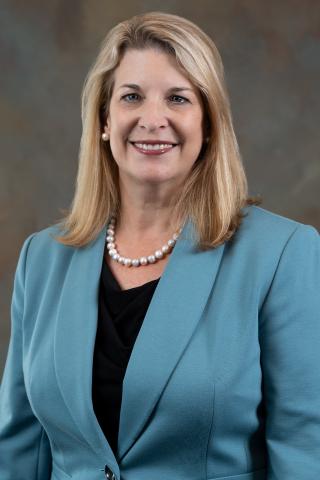 Libby Camp Elliott is the deputy executive commissioner for Policy and Rules. She is responsible for providing leadership and strategic direction for policy and rule development, implementation and management for operational support programs.

Elliott most recently served as the associate commissioner for Agency Affairs and Government Relations director at the Texas Department of Insurance. Previously, she was a senior policy adviser to Gov. Greg Abbott. In addition to her daily duties at the Capitol, she served as the chair of the Texas State Council for Interstate Adult Offender Supervision and as the Texas commissioner to the Interstate Commission for Adult Offender Supervision.

Elliott began her public service in Texas state government in 1989 working for the late State Sen. Teel Bivins of Amarillo. She also served in the gubernatorial and presidential administrations of George W. Bush; for Alberto Gonzales when he served as Texas secretary of state, Texas Supreme Court justice and counsel to the president; and U.S. Sen. John Cornyn when he was Texas attorney general.

Elliott holds a Bachelor of Arts in criminal justice from St. Edward’s University.