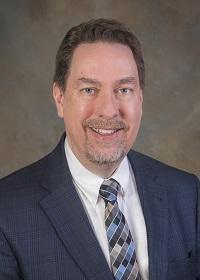 Scott Schalchlin is the deputy executive commissioner for the HHSC Health and Specialty Care System, where he is responsible for overseeing the operations of 10 state hospitals and 13 state supported living centers across Texas.

Schalchlin previously served as associate commissioner for HHSC state supported living centers for eight years. He also has served in various leadership roles within intellectual and developmental disability community services and waiver programs and Medicaid managed care programs. He began his career working in direct care at Rusk State Hospital in 1987 and went on to work in direct care at Lubbock SSLC, as treatment coordinator at the Waco Center for Youth, as associate psychologist at StarCare Specialty Health in Lubbock, and as associate psychologist and hostage negotiator for two psychiatric prisons operated by the Texas Department of Criminal Justice.